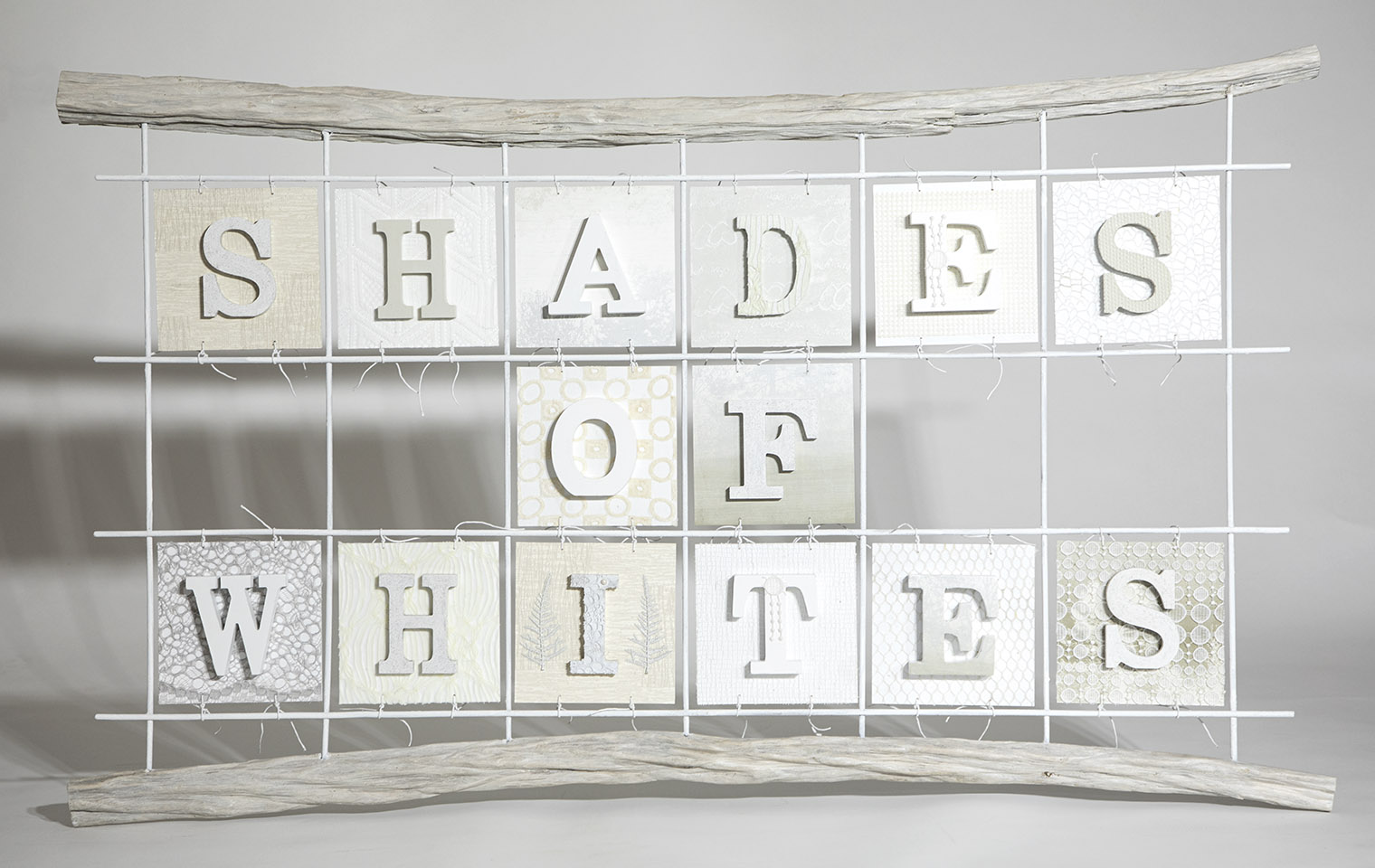 Following the tremendous success of this group exhibition in Orewa earlier this year, curator David Poole will be bringing Shades of Whites to Rotorua and giving it an injection of local flavour.

Five Rotorua artists have submitted artworks to be displayed alongside the original exhibition, all continuing the theme of creating in any medium ‘in shades of whites’.

White is achromatic (having no hue). It is the colour of fresh snow, chalk and milk. White objects fully reflect and scatter all the visible wavelengths of light.

Widely recognised around the world, white is the colour most often associated with perfection, the good, pure, honesty, cleanliness, the beginning, the new, neutrality, and simplicity.

David Poole used the colour white and the monochromatic tones of white, in collaboration with various artists, to create a visual grid system of shaded symbology. The artists were invited to use any medium to create their interpretation of ‘shades of whites’, the only stipulation being to apply their chosen medium and visual imagery onto MDF squares painted white. These signifiers of ‘white’ squares are isolated and contained within a steel grid system of a variable, numerical system.

As the overall work comprises of many of the squares made up from the collaboration of thirty artists, the formation of the grids contain memories and signage that have become mixed together to become a collective memory of what has been, what is now and what is yet to be.

Shades of Whites will be on display at the Rotorua Lakes Council Galleria from Friday 30 July until Friday 22 October 2021. The Galleria is open Monday – Friday from 8am until 5pm.