Important Info
Some event information will have changed due to COVID-19. Please confirm details with event organisers and follow safety guidelines when attending events.
Find An Event 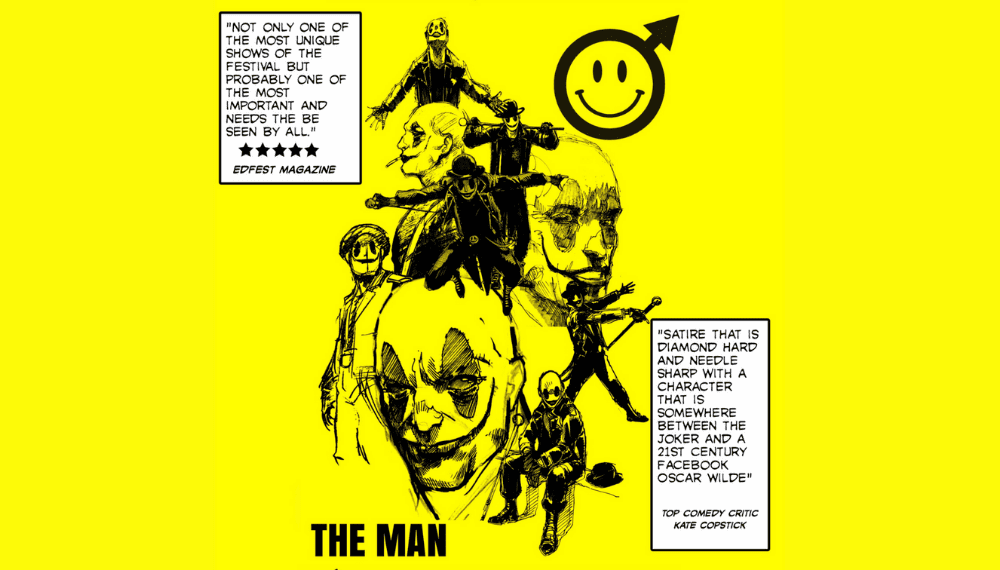 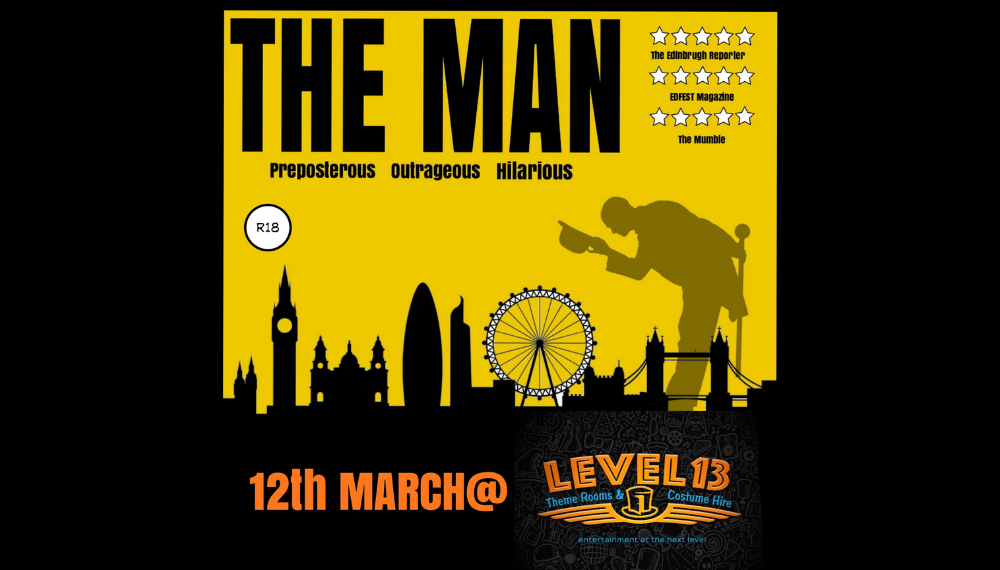 Torn from what should be the pages of a comic book but is actually our time, comes a satirical comedic character like no other.

Set at speakers corner in London’s Hyde Park, the show invites the audience to relive a citizens experience of seeing a bizarre individual hold court one sunny afternoon.

THE MAN is a playful mashup of standup and theatre that weaves an entrancing and relentless roller coaster monologue as complex and thought provoking, as it is irreverent and hilarious.

Top U.K comedy critic Kate Copstick described The Act as: “diamond hard, needle sharp satire with a character that is somewhere between The Joker and a 21st century Facebook Oscar Wilde.”

With two killer seasons at the Edinburgh fringe and with its 2020 festival run for the legendary comedy club The Stand only thwarted by the pandemic, it is an honour to have this show at The Gatsby Room. This show is an exciting and unique offering for connoisseurs of theatre and standup alike